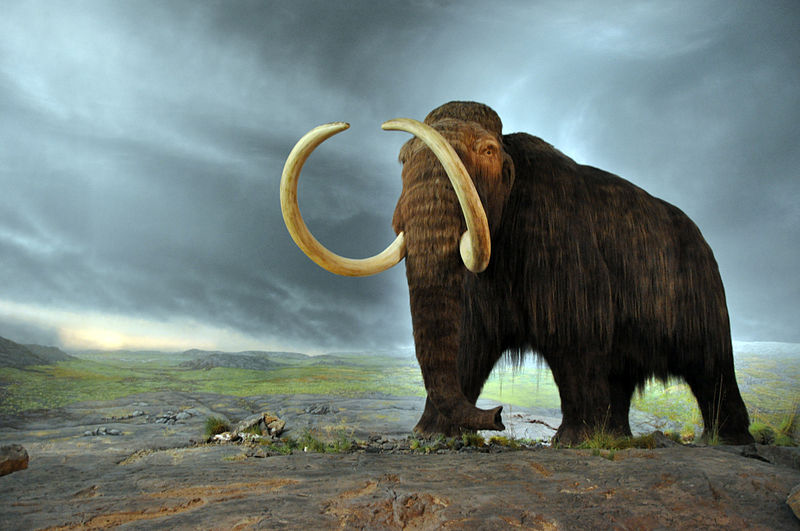 Picture the scene: The air is cold, crisp and dry. You stand on an expanse of grassland extending as far as the eye can see with nothing but gently rolling hills to break the horizon. Tiny flowers sparsely cover the ground which crunches slightly under foot, a thin powdering of frost on the surface. This is the Late Pleistocene some 15000 years ago. The age of ice and mammoths, a time when multiple human species roam the earth. You are standing in what will become the North Sea, a land connecting what will become Britain to continental Europe, a land commonly dubbed ‘Doggerland’. In time, the great northern glaciers will melt releasing millions of tonnes of water. Sea levels will rise and Doggerland will cease to exist, submerged beneath the Atlantic  Ocean.

Rewind a 100 million years to the Cretaceous and the supercontinents of the Jurassic have begun to split into the landmasses we recognise today. What will become Britain is a warm, humid land covered by swamps and lagoons. Sea levels are at their highest covering much of the land we know today including southern Britain. Forests grow in Polar Regions and dinosaurs roam the earth. Atmospheric Carbon Dioxide is at 1000 parts per million, that’s over 3 times pre-industrial levels and 2.5 times current levels. This carbon has accumulated over millennia due to massive volcanic activity as the continents break apart.

The earth’s climate on a geological timescale is in a perpetual state of change. Understanding how and why it changes is crucial to understanding the present. There was a time (300 million years ago) when atmospheric oxygen reached 35% (compared to just 21% today) and resulted in giant insects with wingspans of nearly 70cm. Equally some geologists have proposed that at some point in Earth’s history (before 650 million years ago), the earth resembled a giant snowball, covered entirely in ice.

It is clear then that our planet is capable of undergoing extreme shifts in climate if given sufficient time. Fundamentally these shifts are all driven by changes in the earth’s energy balance whether that is changing the level of greenhouse gases due to volcanism and continental break up, shifts in the distribution of sunlight on the planet’s surface due to changes in orbit or even shifts in solar output itself. Many things can alter the energy balance of the planet and invariably chain reactions known as feedbacks occur which either amplify (positive feedback) or suppress (negative feedback) the changes. In simple terms, this is how the climate changes.

But how do we know what the climate was like millions of years ago? With no witnesses or first-hand accounts, we must rely on secondary evidence known scientifically as ‘climate proxies’.  This detective work falls to geologists and paleoclimatologists. Perhaps the most direct way of interpreting past climates is to observe fossils from that era. Fossils tell us what flora and fauna lived at that place at that time and go a long way towards revealing their environment. Other important climate proxies are chemical signatures left in sediments from the past. Climate affects the chemical composition of sediment in many ways which can be measured in the present to reveal the climate of the past.

For example, there are two main ‘types’ (isotopes) of oxygen – oxygen 18 and oxygen 16. Oxygen 18 has 2 more neutrons and is thus ’heavier’ and this ‘heaviness’ affects how it behaves. Because oxygen 16 is ‘lighter’, water molecules containing oxygen 16 evaporate more easily than those containing oxygen 18. This means that clouds, having evaporated from water are relatively enriched in oxygen 16. Most water evaporates where it is warmest, at the equator, and clouds forming here move via convection towards the poles, raining as they go. Since Oxygen 18 ‘prefers’ to be in water, any oxygen 18 in the cloud water is more likely to be rained out and returned to the ocean than oxygen 16. This means that as clouds move poleward, they become more enriched in oxygen 16 than when they formed. If these clouds reach the poles, most of this water falls as snow and gets trapped as ice. This means that ice acts as a store of oxygen 16. The colder the planet, the more ice there is and the more ice there is, the less oxygen 16 there is in the ocean and the more there is in the ice. This means that the amount of oxygen 16 and 18 in ocean water reflects how much ice there is at the poles. This isotope signature is ‘recorded’ in ocean sediment which scientists can measure and the amount of ice covering the planet when the sediment formed can be calculated.

This field of science is known as isotope geochemistry and this is just one of many examples of how different chemical signatures can be measured to inform us of past climates. We may not be able to directly measure past climates, but we can rely on these proxies, these ‘ghosts of climates past’, to inform our understanding of the history of our planet.